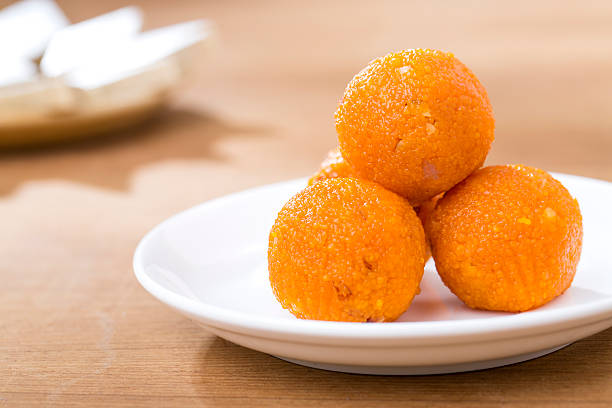 When you are first introduced to Indian food it’s not uncommon to be surprised when dessert arrives at the table. Indian sweets bear little resemblance to traditional Western desserts and not having a point of reference can make it hard to decipher what’s on your plate and how to eat it.

While it’s easy to be perplexed about that plate of diamond-shaped barfi or a bowl of syrupy gulab jamun, an adventurous foodie quickly discovers the addictive quality of Indian sweets. Just one bite and those fragrant and exotic Indian desserts suddenly become something you crave, especially during festive occasions like Diwali, the Hindu festival of lights that takes place during the new moon between October and November.

Traditionally, most Indian sweets aren’t baked, instead they are cooked on the stove top or over an open fire. What are they made of? Well, it depends on the region but the usual suspects are milk, chickpea flour, semolina, coconut and rice. On their own these ingredients may not sound too appetizing but a knowledgeable cook can easily transform them into delectable sweets flavored with cardamom, saffron and rose water.

Milk is incredibly important in India, especially for making desserts. Whether tuned into cheese dumplings, fudge, pudding, ice cream or sauce, milk takes on countless forms to satisfy even the most discerning palate. Below you’ll find a list of the most commonly enjoyed Indian sweets during Diwali.

Free shipping on all orders in Belfast

Support staffs ready to help you

The price of your order include a 25p donation to the RicenSpices official charity partner, Macmillan Cancer Support and National Deaf Children's Society

Do you want to make an individual donation? please click macmillan or/and ndcs